Batu Caves situated in Selangor states. The distance about 15 kilometers from the North of Kuala Lumpur. Most of the tourist assume Batu Caves located in Kuala Lumpur. It got the name from a river called the Sungai Batu (Stone River) that flows not far from the main cave. A century ago, the surrounding area filled with dense forest. The Caves used as shelter by Malaysian indigenous people.

A century ago, the Batu Caves surrounding area filled with dense forest. Malaysian indigenous people from the tribe Temuan used the forest as a hunting ground. They hunt small mammals animals such as Porcupine, Mouse Deer, Wild Boar and Serama Chicken. They used the caves as a shelter whenever it’s rainy or wheater too hot for hunting.

The Batu Caves Kuala Lumpur temple history began when Mr. Kayaroganan Pillai got a dream.The mother of Murugan known as Goddess Amman asked him to build a temple for his son Kandan (one of the names of the 91 names of Lord Murugan) in the Caves. In 1888, the Vel was build in the main Caves. The founder Mr.Thambusammy and Mr.Kandappa Thevar started praying there. If tourist climb the stairs to the main cave, tourist can see the mouth of the cave has a shape like a spear form held by the Lord Murugan.

Three years later (1891) the first Thaipusam festival was celebrated in Batu Caves. British District Officer in charge for Selangor States on that particular time Sir James instructed, the Vel Holy Symbol of Lord Murugan to be dismantled. This created a big issue among Tamil community in states of Selangor. However they won the case after the issue was filed to the court. Thaipusam festival in Batu Caves main aspect is to fulfillment of vows  by devotees who had their prayers answered by Lord Murugan. One of popular method of fulfillment of vows is by giving one hair to lord Murugan. The devotees from different stage of aged, women or man will be shaved bald their head. Another method is by carry the Kavadis from Batu Rivers bank all the way to the main cave. Estimated about 1.5 million devotees and tourist visited Thaipusam Festival in Batu Caves every year. Thaipusam festival in Batu Caves normally was held at end of January or early February. The festival last for few days.

Every day about 800 – 900 tourist from every corner of the world visited Batu Caves. Besides the 400 million years old Limestone Caves, the tallest Lord Murugan statues stood proudly at 42.7 meter  is a perfect combination for photo shoots. Lord Murugan statue was built by 15 Indian and 30 local sculptures. Its took about 3 years to built with the cost about 250,000 Malaysian Ringgit. Fully completed in 2005 and opening ceremony was done on 29th January 2006 by Dato Samy Vellu during Thaipusam Festival.  Others attractions can be found here are Long Tail Macaque Monkey, Dark Caves, Hanuman Statue, 6 meter limestone Stalactite and a Stalagmite in the main Caves. Fine craft of Hindu statues such Lord Ganesh, Saraswati Statue and Lord Shivan.

Getting to Batu Caves 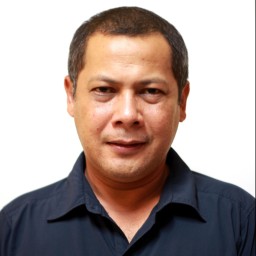